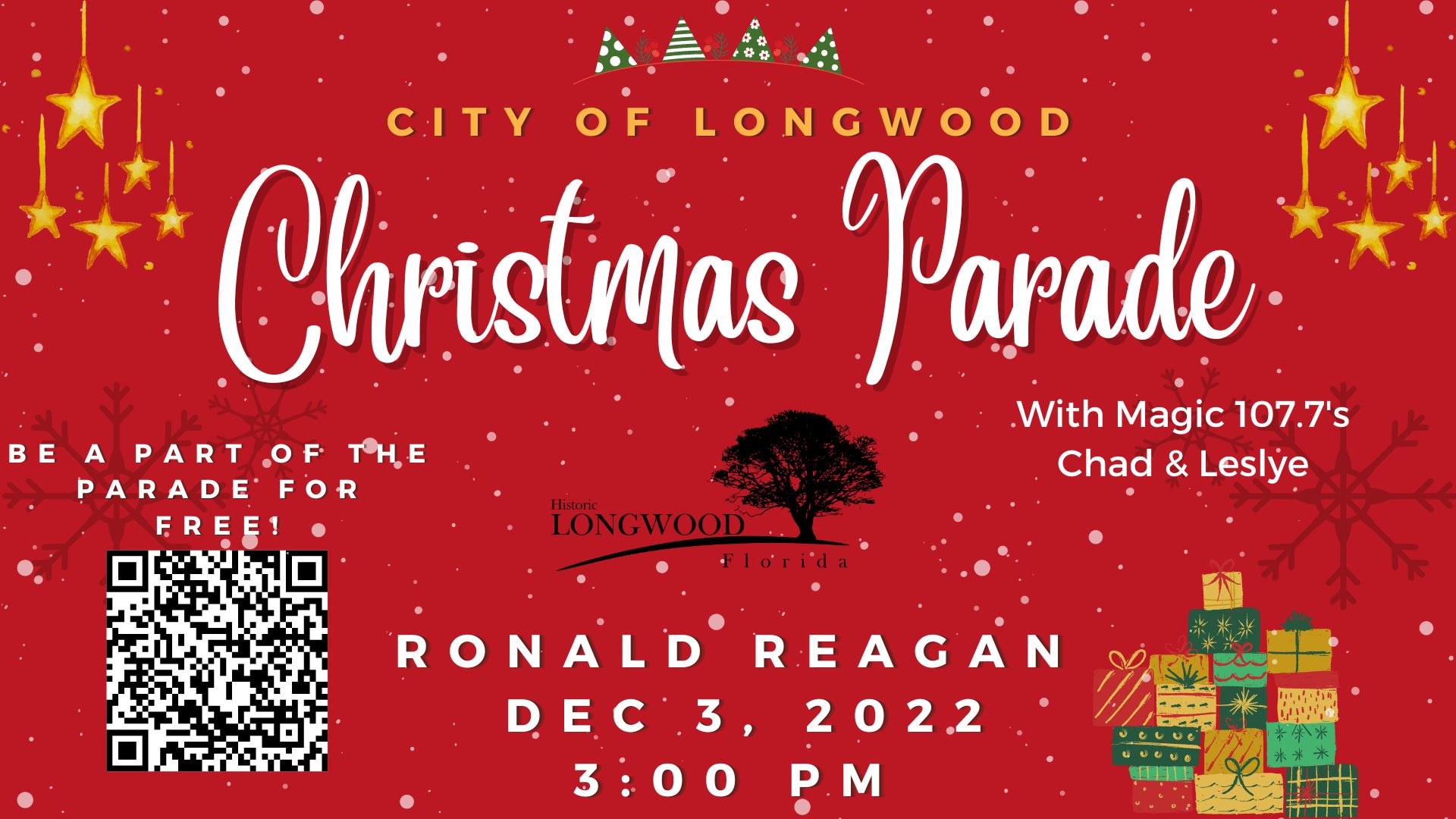 Come join us for our Longwood Christmas Parade 2022 held annually on the 1st Saturday in December featuring stunning cars, seasonal characters, bands, and much more. Mc’d by Chad & Leslye from Magic 107.7!

To ensure the safety of patron and parade participants, the following roads will be closed during the event:

CR 427 (Ronald Reagan Boulevard,) will be CLOSED between the intersection of Longwood Hills Road and State Road 434 in both directions on Saturday, December 3, 2022, from approximately 12:00pm until 5:00pm due to the City of Longwood Christmas Parade.

The following roads in the historic district will be closed:
W Warren Ave from CR 427 to Milwee St (residents east of the community building will have access to their homes throughout the day)
W Church Ave from CR 427 to Milwee St
Wilma St from E Bay Ave to W Church Ave
We appreciate your patience during this time and realize that this may be an inconvenience to those within the parade route.

Longwood has been a destination point for Florida travelers since coastal tribes used The Senator, an ancient bald cypress, to find their way overland from the St. Johns River to trading grounds at Spring Hammock. This was what the wilderness sanctuary early tribes found when they escaped inland from the Spanish. Later, when Creeks and others from the tribes of the Southeast United States fled into Spanish Florida and settled new villages among escaped African slaves, they became the Seminoles. The word “Seminole” is adopted from Spanish and Creek terms for people who live away from others. The Senator, at more than 3000 years old, is easily Central Florida’s oldest tourist attraction and can still be seen today at Big Tree Park in Seminole County’s Spring Hammock Preserve near Longwood.