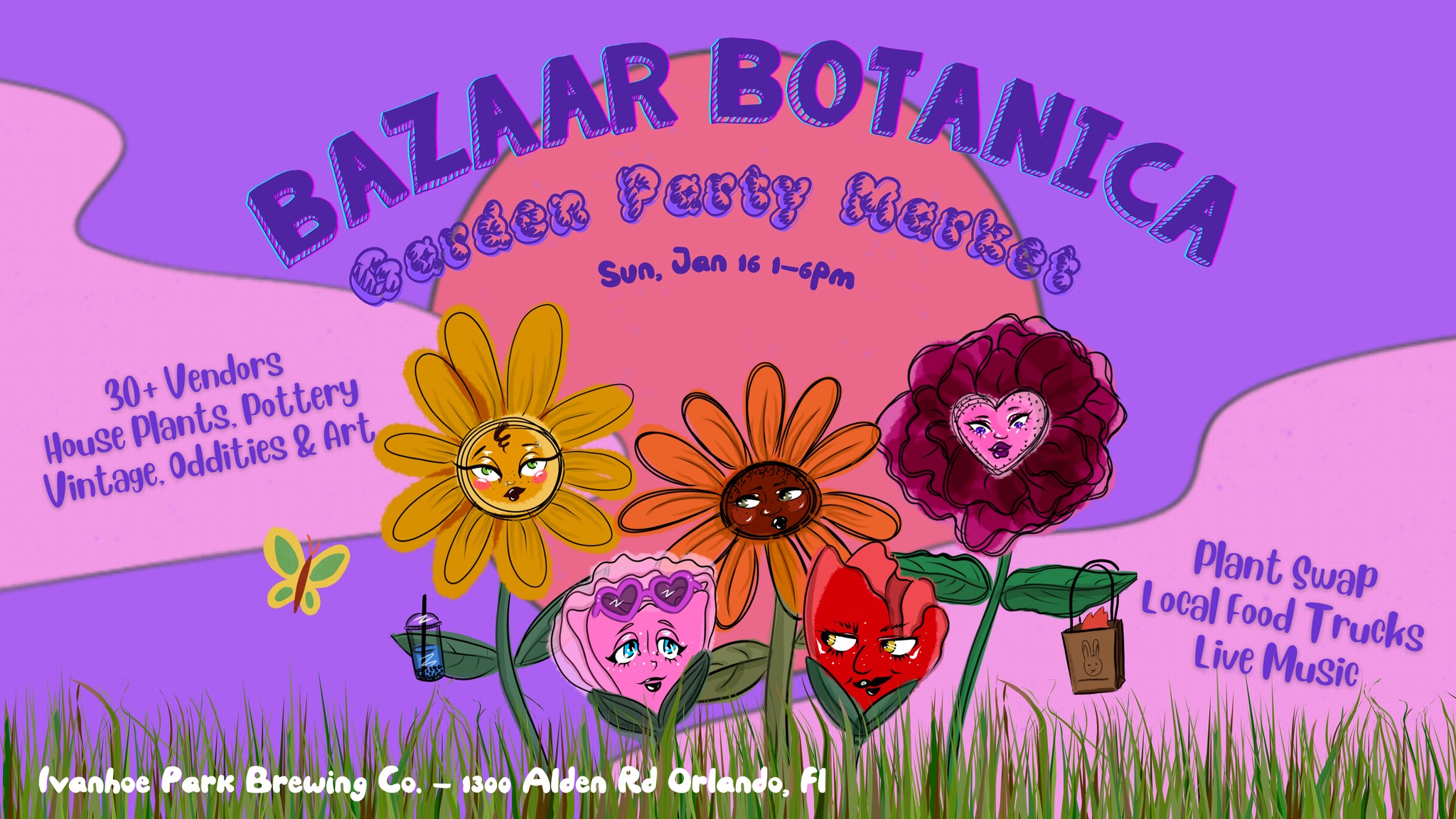 Check out the Garden Party with Bazaar Botanica at Ivanhoe Park. We are going back to our Roots, with an awesome Plant Market! Bazaar Botanica Originally Started as a Plant and Artisan Market. The Bazaar is an open air market where 30+ local tiny businesses gather every month! BB known for it’s community of creators, that all support each other. We encourage each other and share ideas, spreading awareness of small-scale entrepreneurship and community building through the arts!

You can look forward to:
• An awesome selection of Local Plant and Garden focused vendors;
along with 30 local businesses and thousands of original products to shop.
•Bazaar Botanica Plant Swap:
Bring your own plants and cuttings and swap with our Plant Swap attendants and Vendors.
• Live Acoustic Entertainment

PARKING:
Parking is located 50 feet up Alden Road at the Lake Highland Prep / Sports Field Parking. (Where the white buses are)

We are always looking to add new creatives to our team of Artisans and Small Business owners.
Apply to Join: www.Bazaarbotanicafair.com