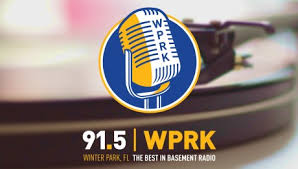 A little history The very first radio station licensed in Orange County (and the third in Florida) was Professor E. F. Wineberg’s class project at Rollins College — a modest 50-watt station, located at 1250AM on the radio dial with the call letters WDBO (nicknamed Way Down By Orlando). The fledgling station launched in May 1924. Early broadcasts reached Winter Park, Orlando, Apopka, and Sanford lasted little more than an hour daily, and often included college lectures or concert performances by the likes of the Rollins Men’s Glee Club.

Over the next years, WDBO was sold, left Rollins, grew in power (5,000 watts in 1937), and moved multiple times. In September 1944, the Great Atlantic Hurricane, a category four storm that weaved a path from the Bahamas to Long Island. Destroyed the roof of the WDBO studios and forced a relocation to Lake Ivanhoe. Rollins got back into radio with their own hour-long show on WDBO in 1951.

The powers-that-be were inspired enough to raise enough money to launch WPRK on the Rollins campus a year later. Armed with a meager 10-watt transmission power on 881FM, and a primarily classical music format. Shortly thereafter they moved to their current 91.5FM location and procured a stronger transmitter. Starting in the 1970s, WPRK gradually shifted from its classical format to the mixed bag it still is today. By the early 1990s, WPRK began broadcasting 24/7 and adopted the new slogans. “The Best in Basement Radio” and “The Voice of Rollins College.”

WPRK recently suffered a blow familiar to the folks at WDBO in 1944. In September 2017, Hurricane Irma permanently damaged WPRK’s antenna tower. Adding insult to injury, their return to the airwaves was further delayed when a pair of federally-protected Bald Eagles elected to nest in the planned location for the new transmitter. This turn of events earned WPRK their own special category of “Best of” in The Orlando Weekly: “Best Run of Bad Luck.” Like a landlord with surprise squatters, WPRK had to wait until August 2018 to do their thing on FM again (they had already been streaming online and continued doing so throughout their FM hiatus and beyond).

If you have never listened to WPRK or haven’t in a while, give it a try. Here are five reasons to love WPRK:

1.Its DJs and programming reflect the diversity of Winter Park and Orlando.

As a combination of community-driven programming that includes long-form interviews and student hosted shows, there is a variety to their programming that is unmatched elsewhere locally. Embrace the sonic whiplash. On Sundays, from noon until 8 pm, for example, WPRK airs Roots Uprising with Sister Makeda (mostly reggae), Music from the Movies with Bill Smith, Music of India with Naval Modani, and Jazz in the Bible Belt (rotating hosts).

2.As an independent college radio station, it is not beholden to any corporate agenda.

We are deep in an era of polished, banal, corporate radio, with tight, looping, limited playlists matched to carefully curated advertising demographics. It’s pervasive at best and insidious at worst. Meanwhile, WPRK deliberately cultivates an antipathy toward Top 40 radio amongst its DJs. Let’s be honest, listening to WPRK is like Thanksgiving Dinner with your extended family. With most big family dinners, something gets dropped, something gets burnt, but most everything turns out okay.

Every family has its intellectuals, its artists, and its kooks. Since WPRK is student and community-run, it can get pretty out there. There were some DJs are deeply knowledgeable, and others, well, let’s just say bless their hearts. Others speak too close to the microphone or not close enough. Some lose control over the engineering board. You’ve got to love that crazy uncle who drops that conversational bomb just as the turkey is carved, right? WPRK is a warts and all kind of thing.

From the very beginning, WPRK was conceived as a bed of opportunity for students who wanted to work in broadcast media. Student volunteers are the lifeblood of WPRK, and their real-world experiences running the ship are good for them and for their resumes.

4.WPRK is hipper than you are

And it’s not trying to be. The chances you’ll hear something you’ve never heard before are higher here than any other FM station in Winter Park or Orlando. We are already suffering as a society from living inside silos of news and culture. If you want to expand your listening horizons, because WPRK strives for independence, this will be the place to do it. WPRK is the radio equivalent of Forrest Gump’s famous line about the Whitman’s Sampler: “Life is like a box of chocolates. You never know what you’re going to get.”

5.WPRK promotes the local, the grass-roots, and the homegrown

We Central Floridians deserve our own place in the sun alongside the theme parks, with our own culture. Local artists, bands, poets, musicians, authors, and more, all get a chance to be heard here in interviews and live performances. It’s exactly those things that give a town its cultural personality and make it an interesting place to live.

This article originally appeared in the April 2019 issue of Park Ave Magazine. Article by Charlie Griffin 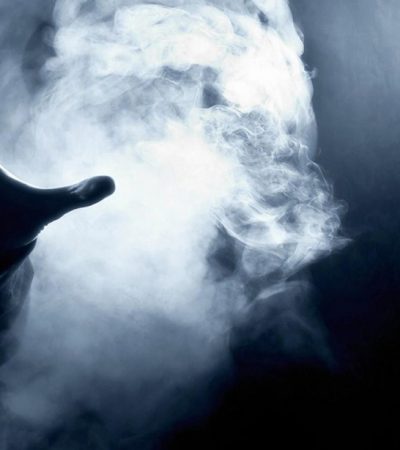