Concerts in the Park in Longwood 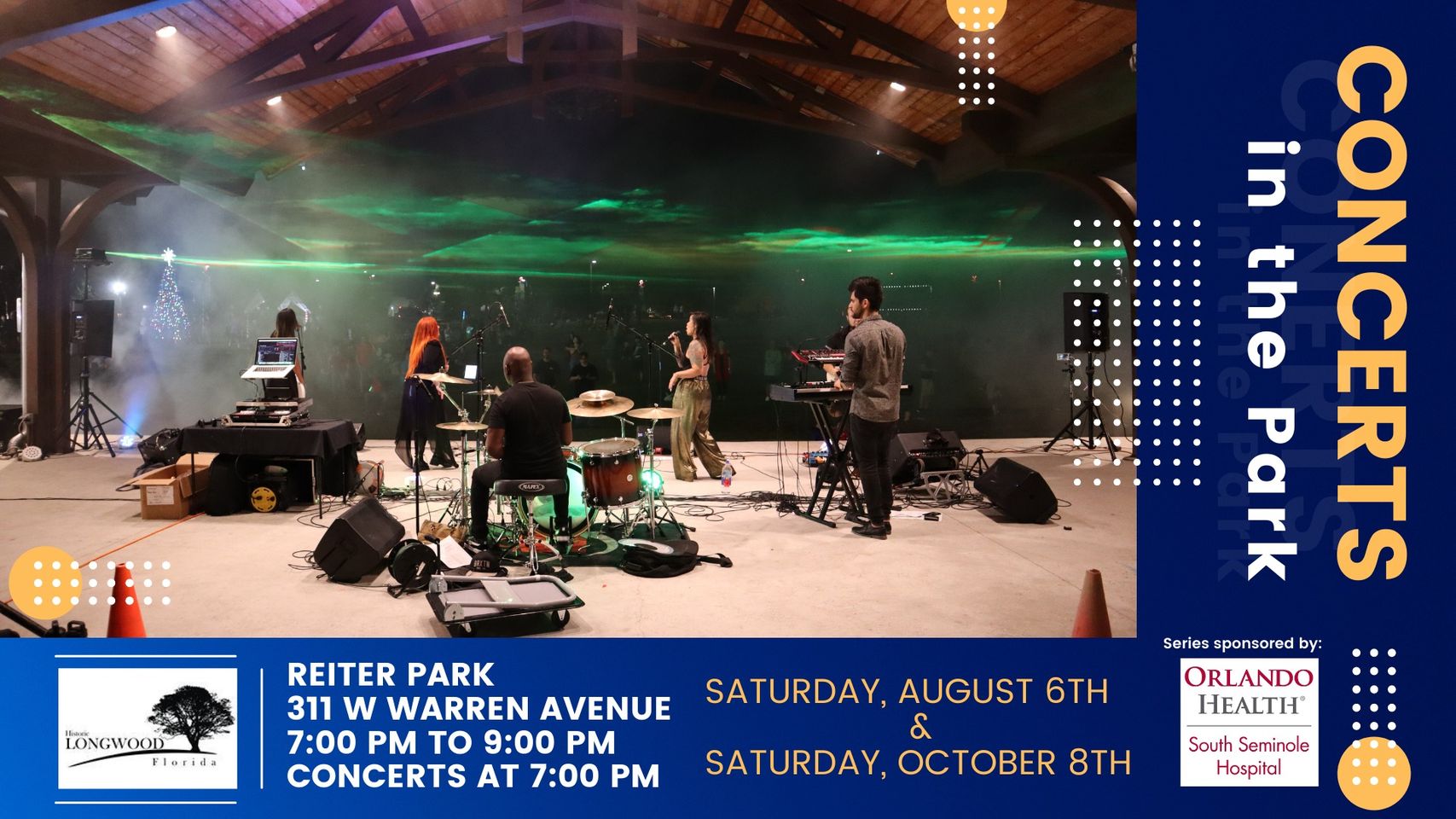 Concerts in the Park in Longwood

The Concert in the Park Series by Orlando Health is held at Reiter Park, 311 West Warren Avenue, from 7pm – 9pm. Don’t forget to bring your chairs and blankets. The concert starts at 7pm. Snacks and beverages are available for purchase.

Longwood has been a destination point for Florida travelers since coastal tribes used The Senator, an ancient bald cypress, to find their way overland from the St. Johns River to trading grounds at Spring Hammock. This was what the wilderness sanctuary early tribes found when they escaped inland from the Spanish. Later, when Creeks and others from the tribes of the Southeast United States fled into Spanish Florida and settled new villages among escaped African slaves, they became the Seminoles.

The word “Seminole” is adopted from Spanish and Creek terms for people who live away from others. The Senator, at more than 3000 years old, is easily Central Florida’s oldest tourist attraction and can still be seen today at Big Tree Park in Seminole County’s Spring Hammock Preserve near Longwood.

Development as a Residential Community

With the coming of the Depression, development stopped. The City’s only bank failed in 1932 and Longwood sought, unsuccessfully, to disincorporate. Toward the end of the 1930s, some growth did occur, and by the 1940s the population of the incorporated city was 406.

New economic and development opportunities were brought to the area in the 1960s and 1970s, fueled by both the space industry and the development of Walt Disney World and other attractions. With the growth of Central Florida during the 1970s and 1980s, Longwood developed into primarily a residential community, and by 2000, the population exceeded 13,700.