Friday Nights at the Morse

From November through April, the Museum provides free admission every Friday from 4:00 pm to 8:00 pm. For consecutive Friday evenings during the holidays and in the spring, the Museum provides live music from 5:00 pm to 8:00 pm to enhance the experience in the galleries. Art demonstrations and tours are also part of the holiday and spring programming on Friday nights. The two-hour program begins at 6:15 p.m. Central Park creates the beautiful backdrop for the lighting of nine turn-of-the-century Tiffany windows as the Bach Festival Choir performs in concert on the main stage. All events are in the Museum unless otherwise noted.

For 35 years, the Museum was housed on the campus of Rollins College and known as the Morse Gallery of Art. In 1977, it was relocated to 151 East Welbourne Avenue in Winter Park, and its name was changed in the mid-1980s to The Charles Hosmer Morse Museum of American Art.

The Morse today occupies more than 42,000 square feet of space on its campus at Park and Canton Avenues. The Charles Hosmer Morse Foundation is owned and operated the Morse. It receives additional support from the Elizabeth Morse Genius Foundation. It receives no public funds. 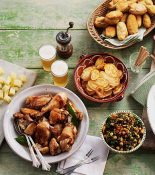